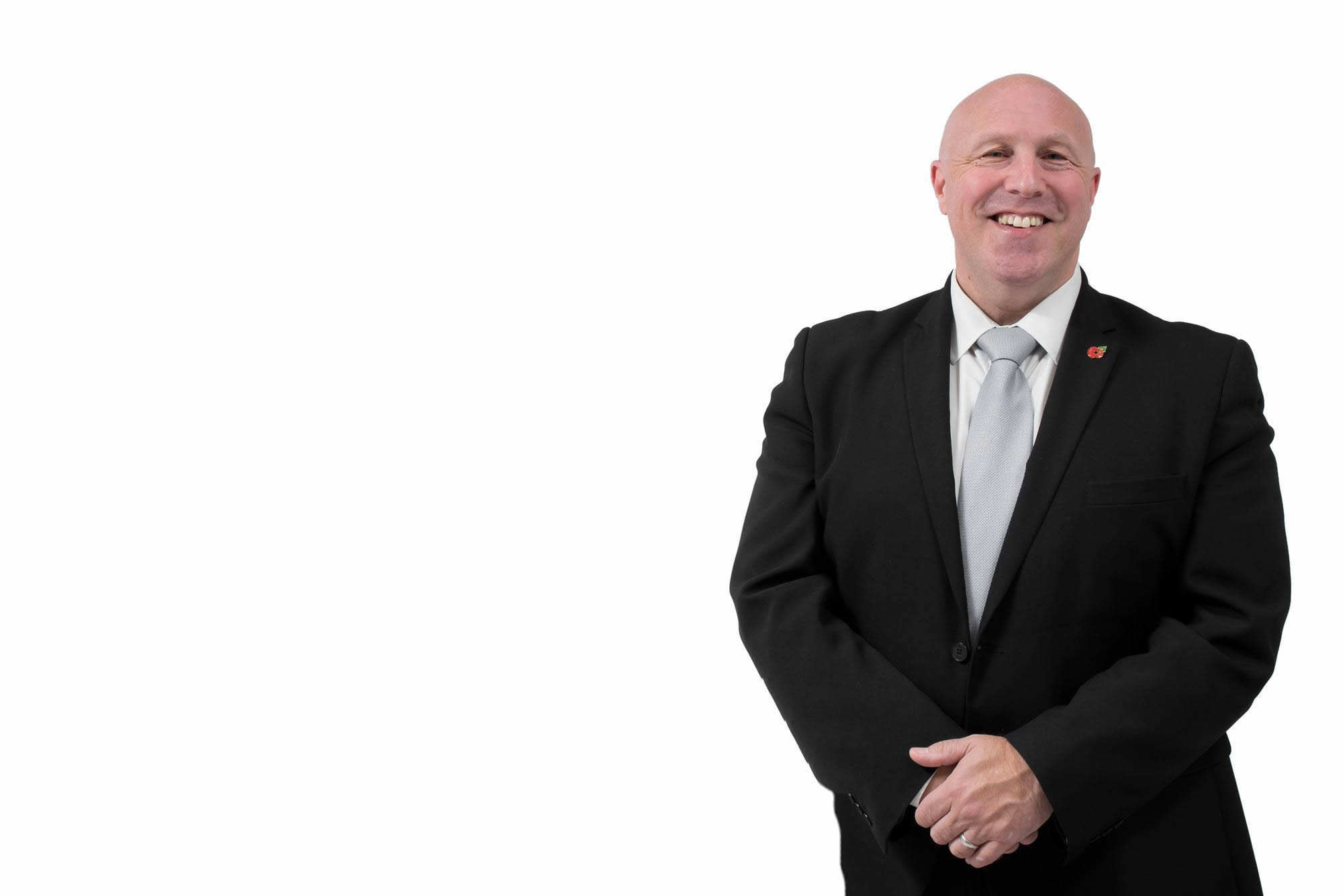 “Carl and I have worked together for many years in cases ranging from murder to computer crime. He is a gifted advocate, an excellent lawyer, and never fails to gain the trust and confidence of clients and colleagues alike. Above all I value his judgement and insight which are impeccable and it is always a pleasure to work with him.”
David Nathan Q.C, Head of 33 Bedford Row Chambers

“Carl has played a vital and fundamental role in a number of very difficult and high profile cases in which I have led him. With an excellent eye for dealing with and processing complex legal issues and evidence, he is always thoroughly prepared and in command of every aspect of the case. I value his opinion and his judgment and I would not hesitate to recommend him or work with him.”
Jo Sidhu Q.C. 25 Bedford Row

"It has always been a pleasure to lead Carl in any case. He is more than just a safe pair of hands. His preparation is meticulous and he always has case references and statutes readily to hand when required. He can be confidently left with any lay client. His years of experience in serious crime mean he can continue a case on those occasions when the absence of  his leader is required"
Ben Aina Q.C., Church Court Chambers

Carl is a specialist Criminal Advocate with an emphasis on High Value Fraud, Serious Violence, Drug Conspiracies and Murder, many involving cross border investigations involving both national police forces and Interpol. His work defending clients was featured as part of a television documentary, which followed one of Scotland Yard’s specialist crime units. Carl is also a regular contributor to a National Newspaper where he writes an advice column specifically dealing with matters on Criminal Law.

A small selection of some of the cases Carl has been instructed to defend in:
Murder
R v KE – Old Bailey Central Criminal Court  – Mother and Father charged with the Murder of their 8 week old baby. Complex medical evidence involving the instruction of 15 different medical experts.

R v MP - Albans Crown Court – the Defendant, who was a stranger, was charged with breaking into a house and killing a mother in front of her children following which he then attempted to kidnap them. Issues of Mental Health and Fitness to Plead and Stand trial considered. There was substantial media coverage of this case.

R v CL – St Albans Crown Court –the Defendant, who was a Solicitor, lured the victim whom he had met on a dating website to a hotel where he murdered her and then engaged in necrophilia.

R v AA - Bristol Crown Court - Defending the main Defendant who was a youth charged with torture and stabbing of a rival drug dealer in a County Lines Cuckooing drug case.

R v SE – Snaresbrook Crown Court – the Defendant was charged in what was described by the Prosecution as “the Worlds Largest ever Ebay Fraud” concerning the sale of counterfeit golf clubs imported from China and sold around the world. Trial lasted 5 months and was prosecuted by Trading Standards.

R v – Old Bailey – the Defendant, who was a high ranking Bank Official was charged with perpetrating a fraud on her employer, a major UK Clearing Bank. The defence involved issues of 3rd party duress and blackmail.

Drugs
R v SA – Northampton Crown Court  - the defendant was originally charged with Murder in circumstances where the victim had been dismembered and the body parts scattered. The Murder allegation was dropped following Carl’s legal argument at court, leaving only offences of concealing and possessing criminal property in addition to numerous counts of possession with intent to supply controlled class A and B drugs which had been stolen from the victim.

R v AZ – Harrow Crown Court – the Defendant was said to be a leader of an Organised Criminal Gang who were alleged to have been responsible for the burglary of a rival drug gangs Cannabis Factory and subsequent attempt to supply drugs into the a prison by smuggling drugs into Crown Court cells during the course of a Elements of Drill Music and You Tube videos were relevant.

R v DC – Northampton Crown Court – the Defendant was charged with Conspiracy to Supply Drugs in a County Lines drugs operation involving children being used as ‘Mules” to move drugs and money for older gang members.

R v DN – Luton Crown Court – the Defendant was charged with using letting out properties to fake tenants and then using them as cannabis factories and brothels.

Violence
R v NM – Northampton Crown Court – the Defendant was charged along with 18 other Defendants with Attempted Murder and Conspiracy to commit GBH. All defendants were from the Travelling community charged with violent attack on a rival Travelling family. Allegations involved the use of shotguns and machetes in which an adult and a youth were shot.

R v AZ – Luton Crown Court – the Defendant was said to be the main instigator of a Conspiracy to commit GBH, Kidnapping, and Possession of Firearms. This involved ‘Tit for Tat’ attacks by rival gangs, which included the kidnapping of a rival gang member, a youth gang member having his arm almost severed in a machete attack and a revenge drive by shooting in broad daylight in a residential street. This involved evidence that related to Gang rap and drill music and the trial lasted almost 3 months.

R v – LU - St Albans Crown Court – the Defendant was accused of Attempted Murder in which the allegation of violence was committed in the context of County Lines drug dealing and involved the shooting of an innocent victim at the home address of a rival drug dealer using a sawn off shotgun. Case involved a famous Grime music artist and gathered much media attention.

R v ST– Maidstone Crown Court – the Defendant was the main Defendant in a case involving kidnapping and torture of an individual by a gang on a vulnerable adult.

R v LC – St Albans Crown Court – the Defendant was part of a number of Defendants charged with Attempted Murder and Conspiracy to commit GBH – all Defendants were youths and alleged to have stabbed other Youths in an unprovoked attack in broad daylight in the middle of a local park.

R v ST – St Albans Crown Court – the Defendant was charged with other defendants of causing Grievous Bodily Harm on children. Unusually, all of the defendants and victims were completely deaf or hearing impaired. The case involved the use of sign language interpreters, lip readers and Intermediaries.

Sexual Offences
R v JM – Old Bailey Central Criminal Court – the Defendant committed a string of 37 offences involving Kidnap, False Imprisonment and Rape, on 11 victims aged between 11 and 71, over 2 week period of time that took him the length and breadth of the UK resulting in a nationwide man hunt. The case attracted huge media attention.

R v KF – St Albans Crown Court – the Defendant and his partner were both charged with the systematic torture and sexual assault of an 18 month old baby. The case involved substantial evidence relating to school records, social services enquiries and family court proceedings.

R v SW – Northampton Crown Court – the Defendant was charged with multiple offences of Sexual Assault, Rape and Coercive and Controlling Behaviour against all 3 of his ex-wives over a 20 year period.

R v SS - Nottingham Crown Court – the Defendant was charged along with a number of other Defendants of being involved in the Production and Distribution of Child Pornography – this case was the first ever prosecution for downloading and storing illegal material using internet Newsgroups. The case involved complex legal arguments in relation to the impact of European Legislation on UK law and actions of the Defendants in the UK.

R v MS – St Albans Crown Court – the Defendant was charged with the sexual assault of a teenager who was both a family friend and the victim’s driving instructor.

Carl is available to see clients at the firm’s Central London Offices in the Old Bailey or at client’s premises by prior appointment.