If you find yourself subject to a conviction or sentence and you feel that you may have grounds to appeal against either, we have an appeals department dedicated to taking on such matters, whether we dealt with your original case or not.

Common grounds of appeal against sentence considered by the Court of Appeal are:

We consider your case in line with these grounds with the benefit of the authorities from the Court of Appeal and advise as to whether in our opinion you have reasonable prospects of a successful sentence appeal. 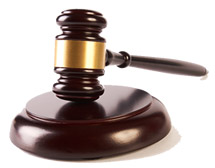